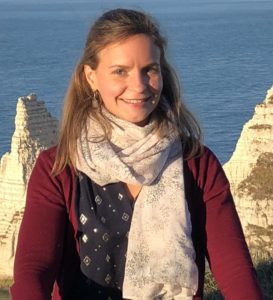 We are absolutely delighted to be having Corinne Hilpert as one of our Spring Fringe teachers!

Corinne started dancing in 2008 and has been travelling around the world to have fun on the dance floor since then.

She likes the social aspect as well as the technique challenge of the dance.

She has taught at various events in France and is excited to join the Spring Fringe staff! 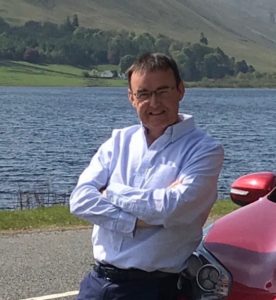 The electric William Williamson will be one of our Spring Fringe teachers!

William is a native of Dumfriesshire, Scotland.

From an early age, he was immersed in the world of culture: Scottish Country Dancing, Highland dancing, choir… He went on to study music at Napier College and Moray House College of Education in Edinburgh, and afterwards took up a teaching post at Moffat Academy. As the sole music teacher for schools in this rural area, William also had responsibility for music in three other schools in the region. He was also music director of the Old Well Theatre in Moffat for thirty years.

Away from education, William has kept himself quite busy: he was a freelance broadcaster with the local BBC radio station and has appeared on several television programmes, including the BBC’s famous children’s programme Blue Peter as a Robert Burns look-alike. William is also a well-known singer who has recorded several CDs and founded and conducted the Old Well Singers community choir. He has also been involved in charity and humanitarian work, for which he received a Young Scot of the Year Award in the 1990s.

Scottish Country Dancing has always played a large part in William’s life. In 1980 he danced for the Royal Family at Holyrood Palace for the Queen Mother’s 80th birthday. He is a long-time member of the Dumfries Branch of the Royal Scottish Country Dance Society and has taught at the Society’s AGM, Winter School, Summer School and overseas.

William lives in Amisfield with his wife Linda, where they both teach Scottish Country Dancing. He is Chairman of the village hall committee. William is also a trustee of the ‘Joseph Thomson Maasai Trust’, promoting the life of his ancestor, Joseph Thomson, the Scottish explorer.